To Tease A Dragon

Giselle Foster never thought she’d fall in love. After her parents’ death, she discovers she’s adopted and travels to Scotland to find out about her past.

After a frustrating day, she went on a ghost tour only to find the tale was real. Dragons, demons, and archangels were all real, and an archangel sends her back in time.

And she’s in serious trouble.

The hottest man she’s ever met has her heart spinning.

Duncan Sheehy is a Dragon Knight, a shifter, and he’s sworn to serve Bruce de Bear. But when a mission goes awry and his brother is sucked down a spinning hole, a path is thrust upon him. He needs to find and destroy Satan’s Scriptures to save his brother’s soul.

But he needs a Keeper and she’s a fiery woman from the future. She challenges everything he has ever held sacred.
And she’s his mate.

Forced to work together, Giselle and Duncan must mate to save both their worlds. Duncan must convince her to stay with him, because only true love will defeat the enemy.

To Tease A Dragon is the first book in the Dragon Knight dragon shifter romance. If you like action adventure, sizzling chemistry, and alpha heroes, then you’ll want to get this page-turning fiery love story. 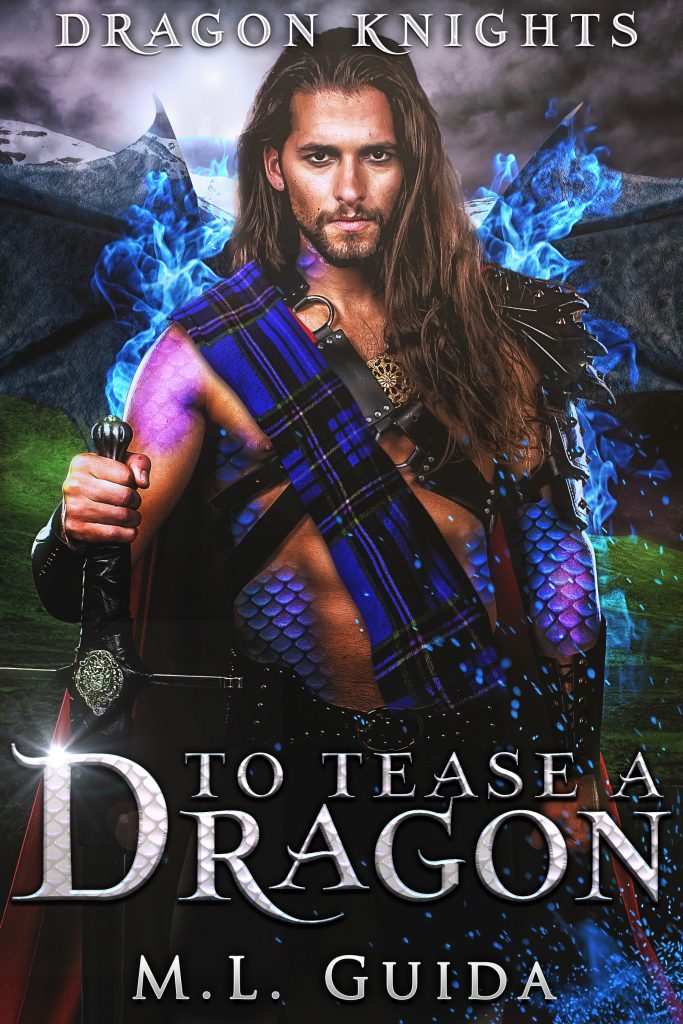