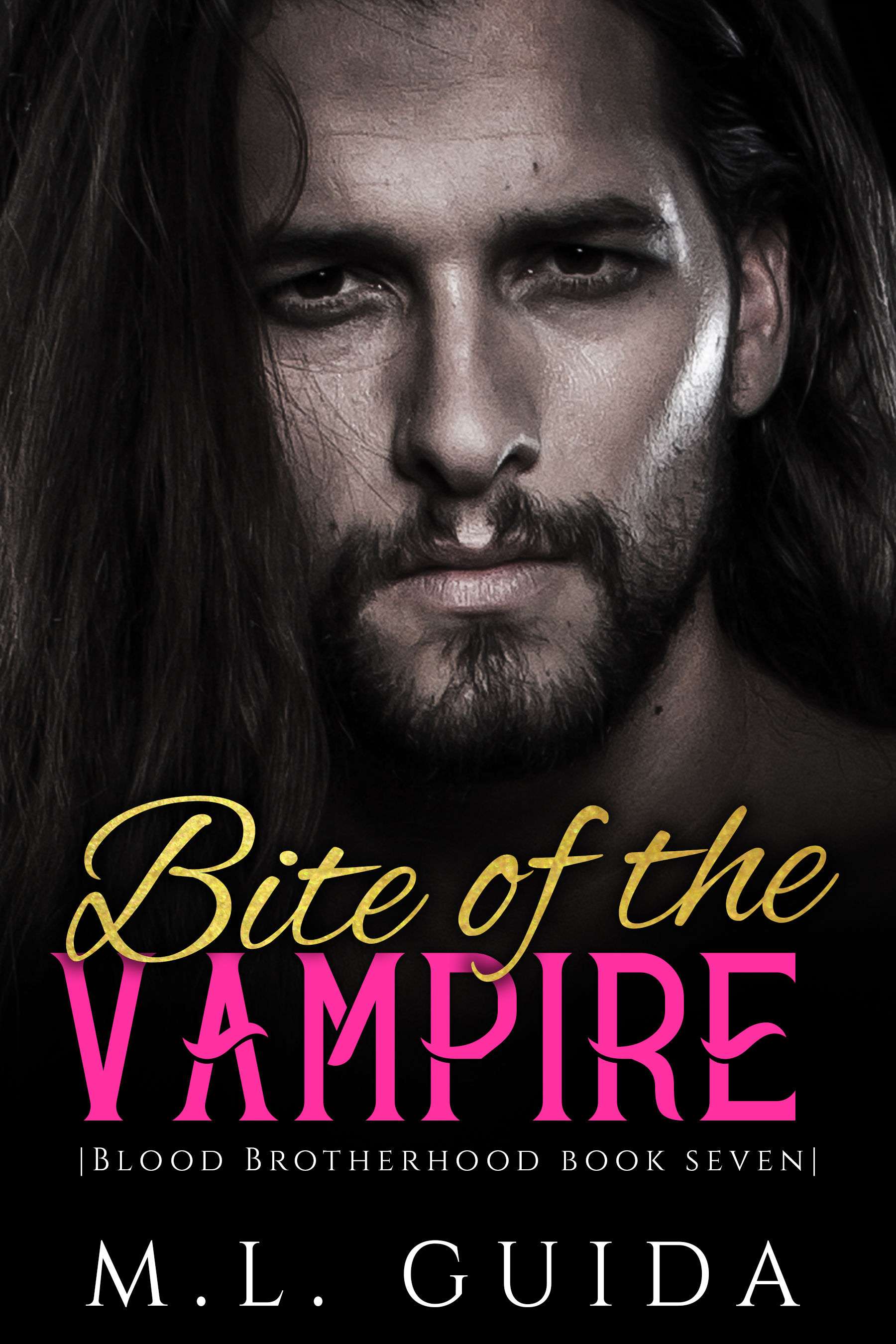 He’s not the only vampire in Savannah and he’s being hunted.

Flung through time, Phearson MacFie lands in the future with no money and no crew. To survive, he becomes Captain Fear and robs from the rich.
His troubles grow when he meets the lovely Rosalind, trapped working at The Pirate House Inn. He has no time for love, but his heart has different plans.

Burned in a fire as a child, Rosalind Gill has no romantic prospects and is forced to wear a mask. She wants to save enough money to escape her stepfather, but he always seems to be one step ahead of her.

Until she meets Phearson MacFie, a vampire and the notorious Captain Fear.


Get Bite of the Vampire to discover your treasure tonight! 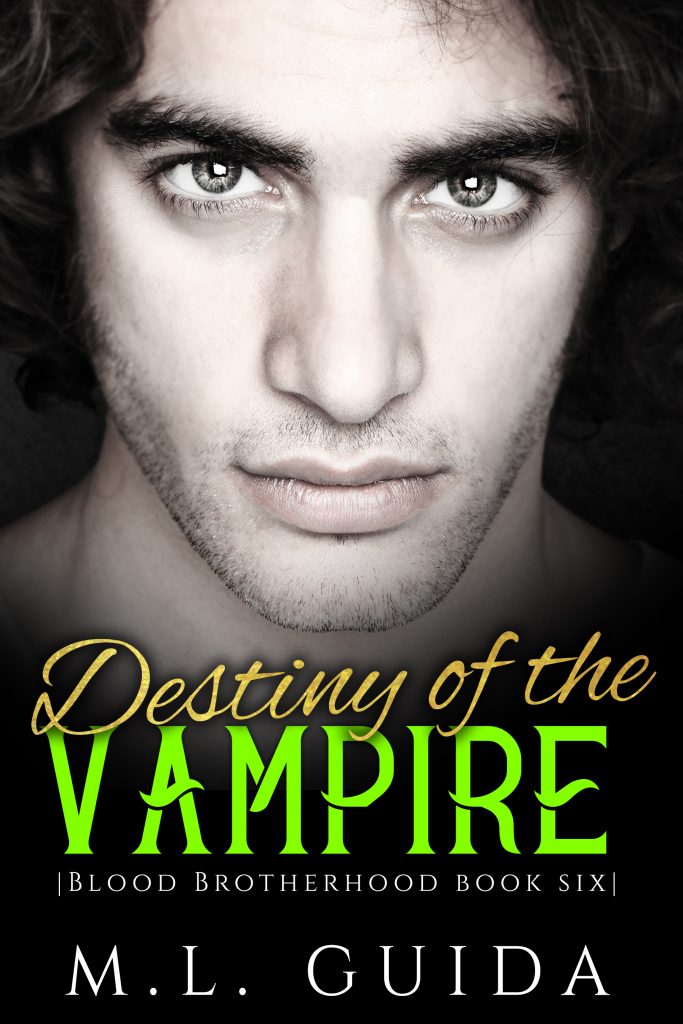 Destined to be queen of the mermaids, Penelope must master her winter powers and remain pure. But time is running out. She’s been hunted. If caught, she’ll lose everyone she loves.

Her only hope is to trust Ewan Kelley, a grim vampire.

Ewan wants to protect his blind daughter from a demon. To keep her safe, he must save a woman he barely knows.

Their attraction for each other proves to be too strong, but to discover true love, they must fulfill dangerous tasks that could destroy them.

Destined to be queen of the mermaids, Penelope must master her winter powers and remain pure. But time is running out. She’s been hunted. If caught, she’ll lose everyone she loves.

Her only hope is to trust Ewan Kelley, a grim vampire.

Ewan wants to protect his blind daughter from a demon. To keep her safe, he must save a woman he barely knows.

Their attraction for each other proves to be too strong, but to discover true love, they must fulfill dangerous tasks that could destroy them. 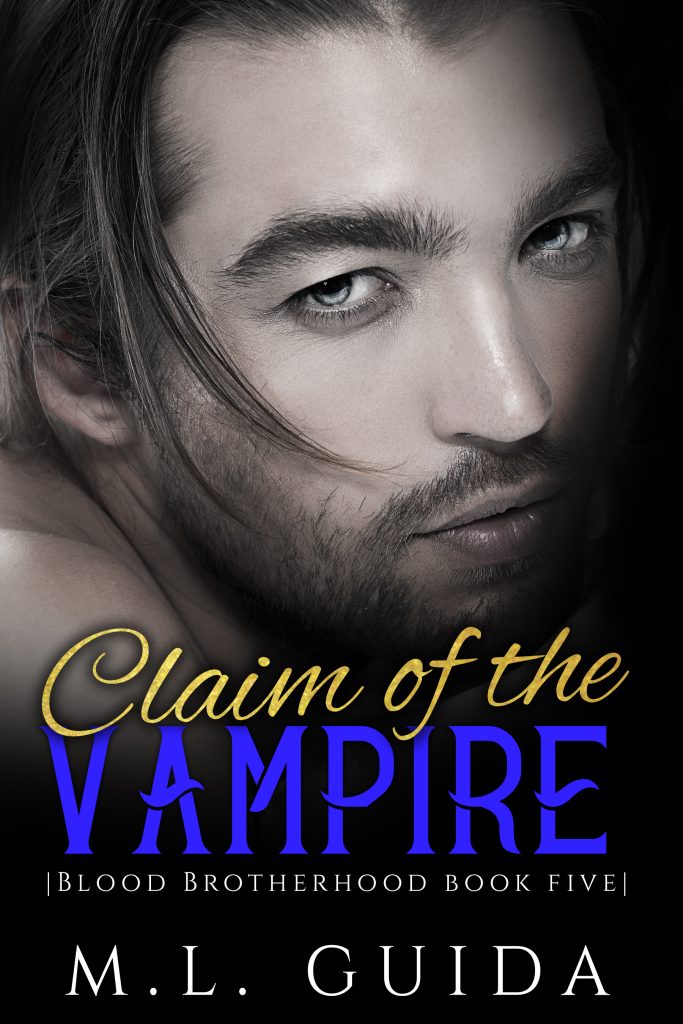 Isabella had sworn off all vampires, but she never counted on a dragon.
She’s fighting desperately to resist, because of a demon’s foul plans.
Love is the last thing on Leif Black’s mind until he heard her sweet song.
Now, she’s put him under her spell.
Isabella and Leif fight to deny their forbidden love, but the fates won’t be defied. When temptation becomes too strong, can they trust each other to defeat the looming darkness or will their differences tear them apart?
Claim of the Vampire is the fifth book in Award Winning Author ML Guida’s Blood Brotherhood series, a collection of dark paranormal romance novels.

Pick up Claim of the Vampire, and indulge in passion today! 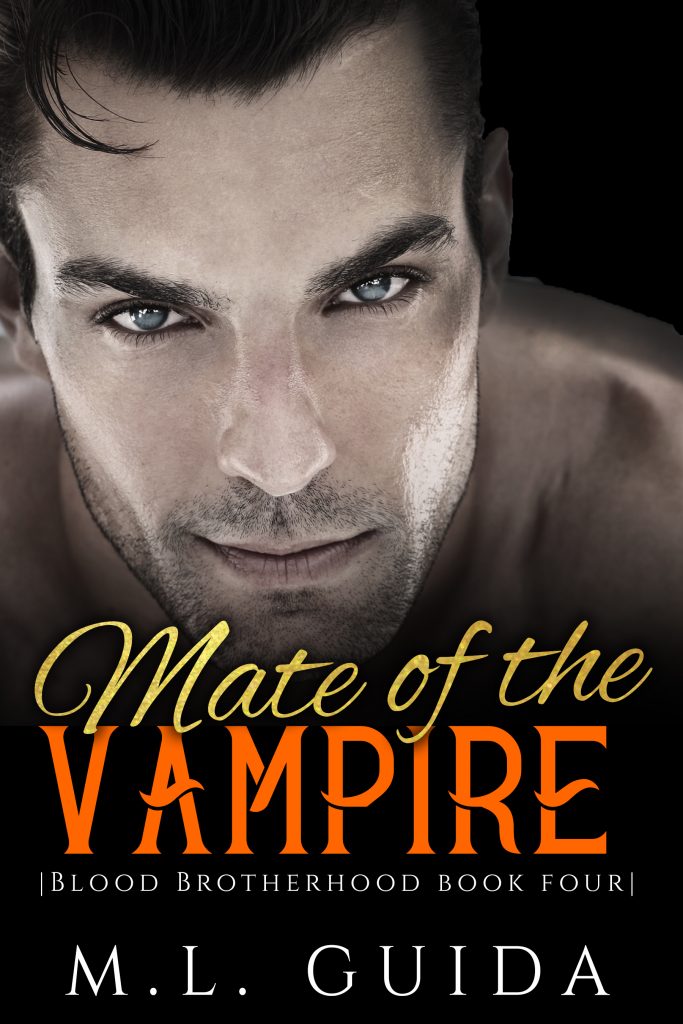 He’s given an offer he can’t refuse.

Maimed in battle, Ronan Macmillian is tired of being a cripple. He wants to fight with his brothers again.

When a demon dangles his wish like a fish in front of him, Ronan is given a choice––a choice that could change his life forever.

But he didn’t count on the beautiful mermaid Angelica.

Pirates took everything she’s ever loved. Now, Angelica’s on the last place she ever wanted to be––a pirate ship.

She’ll fight to the death to regain her freedom, but what she didn’t count on was that a wounded vampire is her fated mate.

Wickedness is chasing them. If they’re not careful, seduction will lead them down a tempestuous sea and tear them apart.

Get Mate of the Vampire and dip into a tumultuous love today! 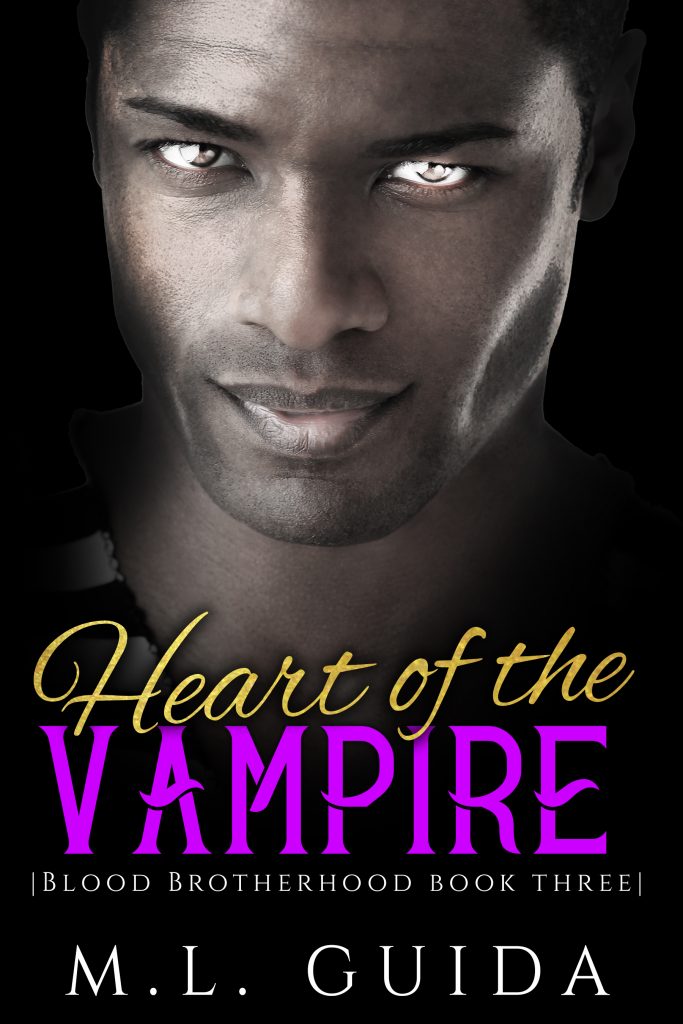 A vampire has to wait three days before he can escape––a lot can happen to a slave in three days.
Amadi left his terrible past behind, but a storm lands him in the last place he wants to be. Chained again, his only brightness is the pretty indentured servant who eases his misery.
Violet Perdue is a psychic who can’t tell a lie. Sold to an evil mistress, she’s forced to her bidding. She’ll do anything to be free.
But when she’s given a choice of betraying the mysterious handsome slave or leaving a life of heartache, she’s stuck between a rock and a hard place.
Their torturer is bent on destroying them both. Can they trust each other to combat her foul plans and win their freedom or will they both be under her power and anguish forever?

Heart of the Vampire is the third story in a series of brotherhood. If you like strong characters, sizzling romance, and spirited adventure, then you’ll love ML Guida’s Blood Brotherhood series, a collection of dark paranormal romance novels.

Get Heart of the Vampire to discover an unbreakable love today! 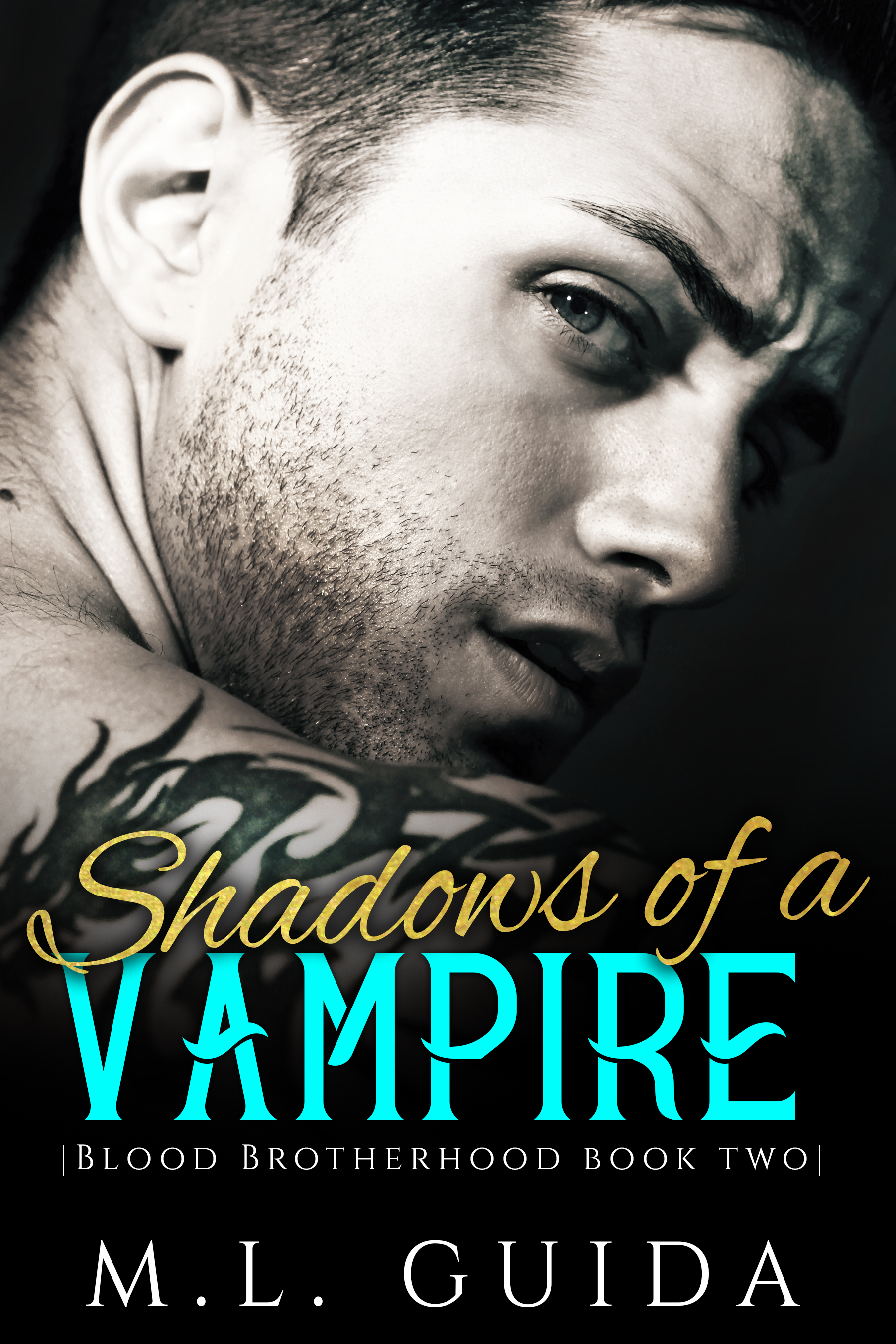 Can a dragon and a witch defeat the darkness threatening to destroy their love?

William O’Brien thought he’d be cursed as a vampire, but a crafty demon had other plans.

Now, he’s a dragon with powers he can’t control. He’s a threat to all those he loves.

His only hope is a beautiful witch who claims she can help him defeat the anger brewing inside him, but is she strong enough to defeat the fires of hell?

Mariah Fey wants to free her brother and she’s willing to risk her life to save him. If she doesn’t help a dragon regain his powers, her brother will be lost forever.

But what she didn’t count on is her growing attraction for the angry dragon.

Dark spells have been cast. One false move and their love could be torn apart.

If you like heart pounding action, fated mates, and happily ever afters, then you’ll love ML Guida’s Blood Brotherhood series.

Buy Shadows of The Vampire and fall in love with a reluctant dragon! 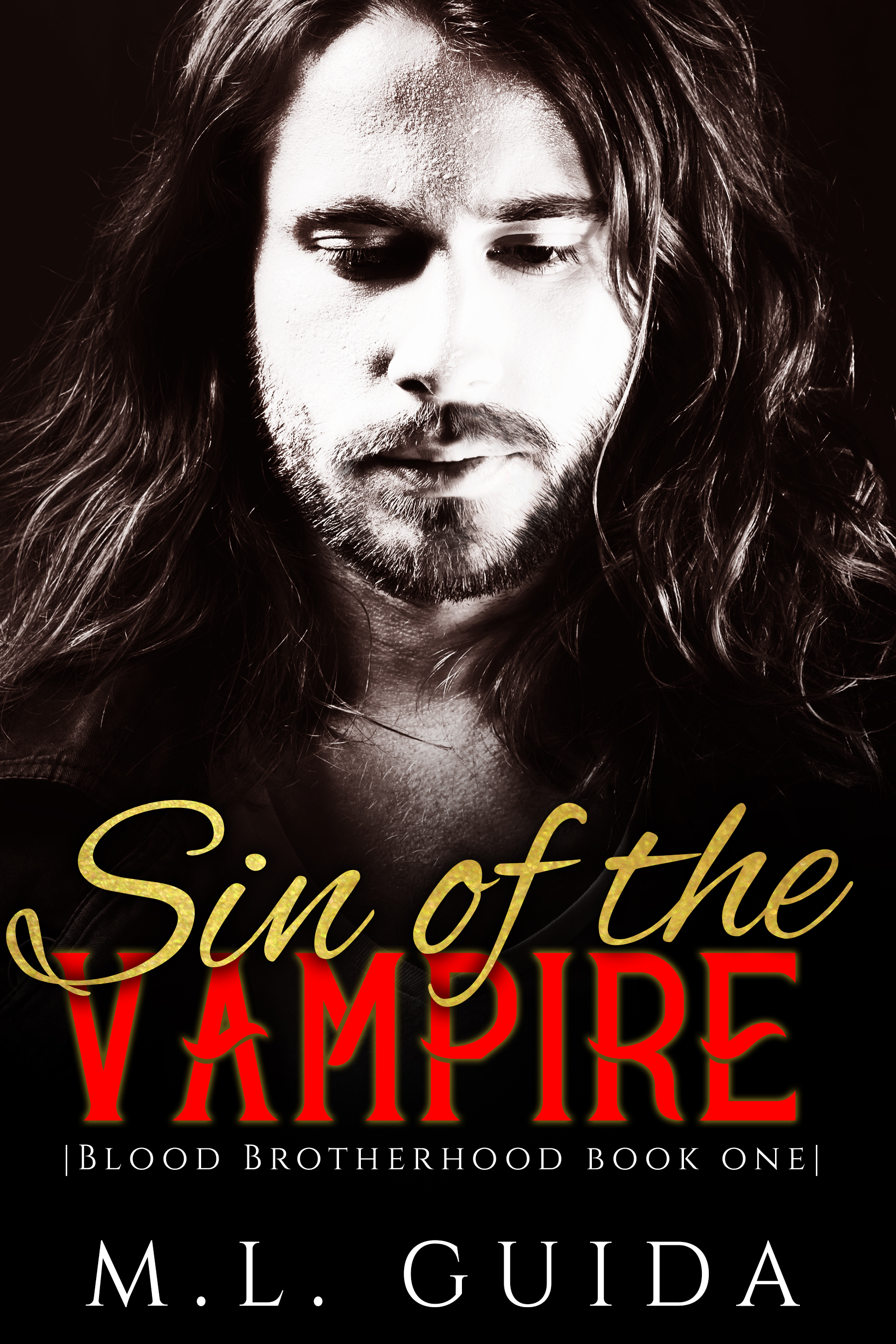 Sin of The Vampire

Would you hand over the woman you love to a demon to save your brothers?

Captain Kane O’Brien never expected to be a vampire, but now he has a chance to save his crew and break the curse. But time is running out.

While hunting his nemesis, he rescues two survivors from a sinking ship and develops a burning attraction for the very woman who could end his crew’s nightmare.

Hannah Knight isn’t what she appears. She can move objects with her mind, but she can’t control her power. She’s brave, bright, resourceful.

And determined to avoid a forced marriage.

But developing forbidden feelings for a vampire wasn’t in her plans.

Evil is closing in on them from on all sides and ends in a fierce battle on the high seas. One wrong choice and they could lose each other forever.

If you like heart pounding action, dark fantasy, and happily ever afters, then you’ll love ML Guida’s Blood Brotherhood series.

Buy Sin of the Vampire to discover a fiery love today!

Sin of The Vampire finaled in the Romance Through The Ages Contest in the Legend category!

Sin of the Vampire (formerly A Pirate’s Curse and The Scourge of the Soaring Phoenix) recently finaled in The Hearts Through History Romance Writers in their Romance Through The Ages in the Legend, A Man for All Seasons Contes